1974 was a very different world in many ways (compare 1974 to today) so it is amazing to think that one piece of legislation that was given royal assent has remained unchanged and still has the same relevance as it did 40 years ago. 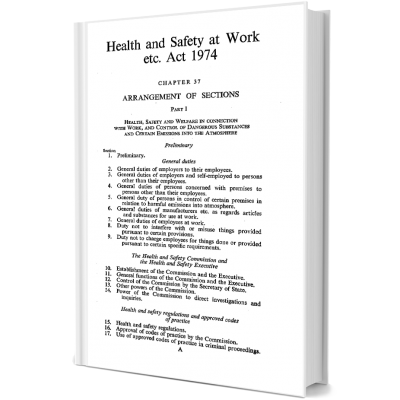 The Health and Safety at Work Act has become entwined with some of the poor press that our health and safety culture has been labelled with, but if we take a step back it is worth looking at why it is still so important to our working lives and why we believe it will remain so for the next 40 years.

This piece of legislation was the culmination of decades of campaigning, and the culmination of many other acts that had arisen to cover some workers in certain industries as hazards arose or in response to a major incident or public outcry. This approach meant that in one of the latter decades of the 20th century, millions of workers still had no rights under and the public not considered at all in relation to their safety or health whilst at work.

What this cleverly written Act requires, is for employers to ensure ‘so far as is reasonably practicable’ the health, safety and welfare of their employees and other persons who may be affected by their work. This includes sub-contractors and the general public. The Act also covers the duties of employees at work.  They must take reasonable care for the safety of themselves and of other persons who may be affected by their acts or omissions.  They should co-operate with their employers and others in carrying out their statutory obligations.

In effect, it introduced a new approach to health and safety with the emphasis on self-regulation and employee participation, and most importantly covered all places of work.

This carefully phrased, and in many ways succinct act means that unlike other pieces of legislation it has not needed to be amended or changed because what it demands is the basic right of every human being in the UK to come to work in a safe environment and arrive home safely without suffering any detriment to their health. No one could, or can argue with that assertion. 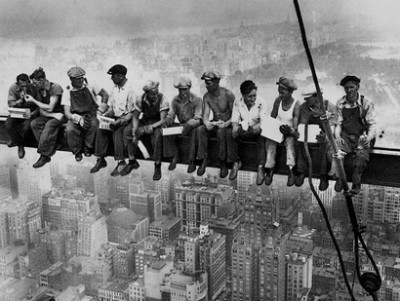 The other thing that this act has managed to do is to ensure that in our ever-changing work world it remains relevant. In 1974 the emphasis was still very much on the heavy industries – coal, steel, heavy manufacturing – but as our working landscape has changed almost beyond recognition and the hazards and risks to health have changed this Act still remains current. The “factories” of today are our call centres, and whilst coal dust has been replaced by computers and keyboards, stress and anxiety and the potential for risk to health similar, and the duties to protect employees and colleagues remain the same.

In terms of a measurement of success the figures certainly back up the relevance of the Act; and whilst the emphasis is now switching to health (as in occupational) rather than safety, the UK has an enviable record for health and safety internationally. This record is a direct result of the onus placed on all employers and employees by the Health and Safety at Work Act in 1974. (View Health and Safety Statistics since 1974)

When we hear of building collapses in the Asian garment industry, or deaths in the construction industries of the developing countries (such as those in preparation for World Cup 2014) it is then that we should be proud that the UK has always been at the forefront of protecting us all in whatever industry, job or career being undertaken. The next time that we all become niggled or irritated by the “Health and Safety Monster” imagine what the world may have looked like without the 1974 Health and Safety at Work Act.

guide to Health and Safety Legislation