At last. A fixed price legal advice service for employers.

Going to tribunal used to be an unknown quantity. Not any more.

From time to time every business will be in need of sound, honest employment law advice. It’s our intention to help keep you on the right side of the law, for example, by making sure you have up to date contracts of employment and appropriate policies and procedures for managing your staff.

See our HR Services for more information about this, and to find out how we can help you deal with tricky employee disputes, dismissals and redundancies, and the TUPE transfer of staff in or out of your business.

However, whether you are a current client or new to our service, there may come a time when a disgruntled employee threatens to sue you, or you get a call from the ACAS early conciliation team to notify you that an Employment Tribunal claim is in the pipelines.

If you find yourself in a spot, Kate, our legal expert, can help you.

Whilst all our HR Business Partners are qualified and experienced HR Professionals, we are pleased to be able to offer you access to additional legal expertise. Defending a claim can be time consuming, stressful and expensive. We can do most of the hard work for you and reduce the stress and costs to you. 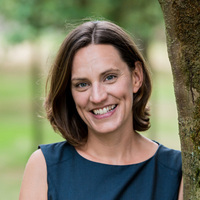 How long does an employee have to put a claim in to the Employment Tribunals?

A minimum of four months.

However, a minimum of one month will be added to this deadline to allow the individual to go to ACAS for Early Conciliation. The Employment Tribunals then have discretion to allow further additional time.

What is ACAS Early Conciliation?

A free telephone based negotiation service offered by ACAS.

Most claims must be submitted to ACAS for compulsory early conciliation before they are permitted to proceed to the Employment Tribunal. ACAS will try to help the parties resolve their claim through negotiation.

How long do I have to respond to an Employment Tribunal claim?

You only have 28 days to file your response to an Employment Tribunal claim.

If you don’t get your response in to the Employment Tribunals within the 28 day window a judgment may be entered against you without you having a further opportunity to defend yourself.

Can an employee sue me as well as the company?

Yes. Some claims may be brought against a person in addition to or in place of an employer. For example, an individual may bring a claim for discrimination against both the company that employed them and their line manager or colleague as the alleged perpetrator of the discrimination.

If the employee wins the Employment Tribunal, what will it cost me?

You may have to pay some or all of the employee’s legal fees, though this is unusual. In 2016/2017, only 0.33% of employers were ordered to pay the successful Claimant’s legal fees.

If I win the Employment Tribunal, will I get my costs back?

Probably not. It’s very unusual for the Employment Tribunals to award an employer their costs back. In 2016/2017, only 0.2% of employers facing an Employment Tribunal claim were awarded an order that the unsuccessful Claimant pay a contribution towards their legal fees.

The number of individuals bringing Employment Tribunal claims has increased as a result.
In the period 1 April 2016 to 31 March 2017, 88,476 claims were brought in the Employment Tribunals. When the fees were repealed, there was a 90% uplift on claims.

An individual doesn’t need to pay for representation in the Employment Tribunals.
They may be able to access legal advice through a legal expenses insurance policy, trade union membership or a ‘no win no fee’ type agreement.

They may also be able to access free advice through an organisation such as Citizens Advice Bureau, a university law school advice clinic or other pro bono service. Or, they may choose to represent themselves.

The Employment Tribunals then have discretion to allow further additional time.

For example, an individual may bring a claim for discrimination against both the company that employed them and their line manager or colleague as the alleged perpetrator.

An employer has only 28 days to respond to a claim.
If you don’t get your response in to the Employment Tribunals within the 28 day window a judgment may be entered against you without you having a further opportunity to defend yourself.

An average employer will spend over £10,000 in legal fees defending themselves against a claim.
Law firms usually charge by the hour for all work done on your behalf. The hourly rate may vary between £150 plus VAT to over £300 plus VAT depending on the seniority of the lawyer.

A British Chamber of Commerce report (2011) found that the average employer spent £8,500 plus VAT in legal fees defending themselves against a claim. It is likely that this figure will have increased, particularly for more complex claims involving discrimination or whistleblowing.

The Employment Tribunals cap the amount of legal fees recoverable by an employer at £20,000 indicating that costs may well be expected to exceed this sum.

In 2016/2017 only 0.2% of employers facing an Employment Tribunal claim were awarded an order that the unsuccessful Claimant pay a contribution towards their legal fees.

You don’t need to use a solicitor to defend yourself against a claim.
You can choose who will represent you in an Employment Tribunal. You can choose to use other experts, such as HR professionals, or you can even represent yourself if you feel confident doing so.

We can match the knowledge and experience of a solicitor’s firm and give you peace of mind that you’re represented by experts acting in your best interests.

We will work on a fixed fee basis so that you have peace of mind as to costs – and we won’t charge you the earth!

If you think you might be facing a claim in the Employment Tribunals give us a call for a free, no obligation consultation, to find out how we can help you.

If you have sought legal help in the past, you will be familiar with the concept of hourly billing. This means that your law firm may charge you for every minute of work that they carry out on your behalf. A practice that can lead to huge bills that build up very quickly.

When you’re defending your business and your staff against a claim in the Employment Tribunals, the last thing you need to worry about is escalating costs.

That’s where Kate comes in. Whether you’re a current client or not if you find yourself served with tribunal papers, or you receive a call from the ACAS early conciliation team we can help. Kate will support you throughout the process, and minimise the impact on your business.

Kate will provide expert guidance and support at every stage of the process, on a fixed fee basis. Your case will be researched and prepared, including identifying documents, preparing bundles and helping to draft witness statements.

We want to make sure you have total peace of mind. Kate will help you to defend your business against a claim on a fixed price basis. The amount you pay us will be agreed before Kate starts work giving you complete peace of mind that you will not pay anything more.

How does Fixed Fee work?

If you think you might be facing a claim in the Employment Tribunals, Kate will offer you a free initial appraisal of up to thirty minutes.

Before you decide to work with Kate, you will receive a breakdown of the cost of that work. This quotation will include agreed fixed fees for each stage of the process of defending your claim right through until the hearing.

We won’t pass your work down to a junior member of staff or someone who is not fully qualified. You can be assured that all of the work undertaken on your behalf will be carried out by Kate who is a former solicitor with over ten years specialist employment law experience.

You will meet Kate to discuss your case. She will carry out an appraisal of the claim, talk you through your options and help you to understand the process. If you decide to work with Kate she will carry out all of the work required to bring your case to conclusion.

We won’t leave you hanging! We don’t want you worrying. If you get in touch to talk about your case, you will get through to Kate or she will call you back ASAP.

Important “small print”:
This is an illustration only. It is based on a simple unfair dismissal claim with one witness for the Claimant, two witnesses for the employer Respondent and a one day hearing.

We pride ourselves on offering top quality advice and representation at a more affordable rate than a solicitors’ firm. If you contact us for a quotation, we will offer you the best rates we can for the claim you are facing without you having to negotiate with us – but it might differ from the following illustration.

*It is possible that there will be some further costs incurred along the way, though we will try to avoid this. Further costs may arise in connection with:

**All prices are exclusive of VAT.